Cycling Italy Solo at Night – 1000 kilometres from Sicily to Bari 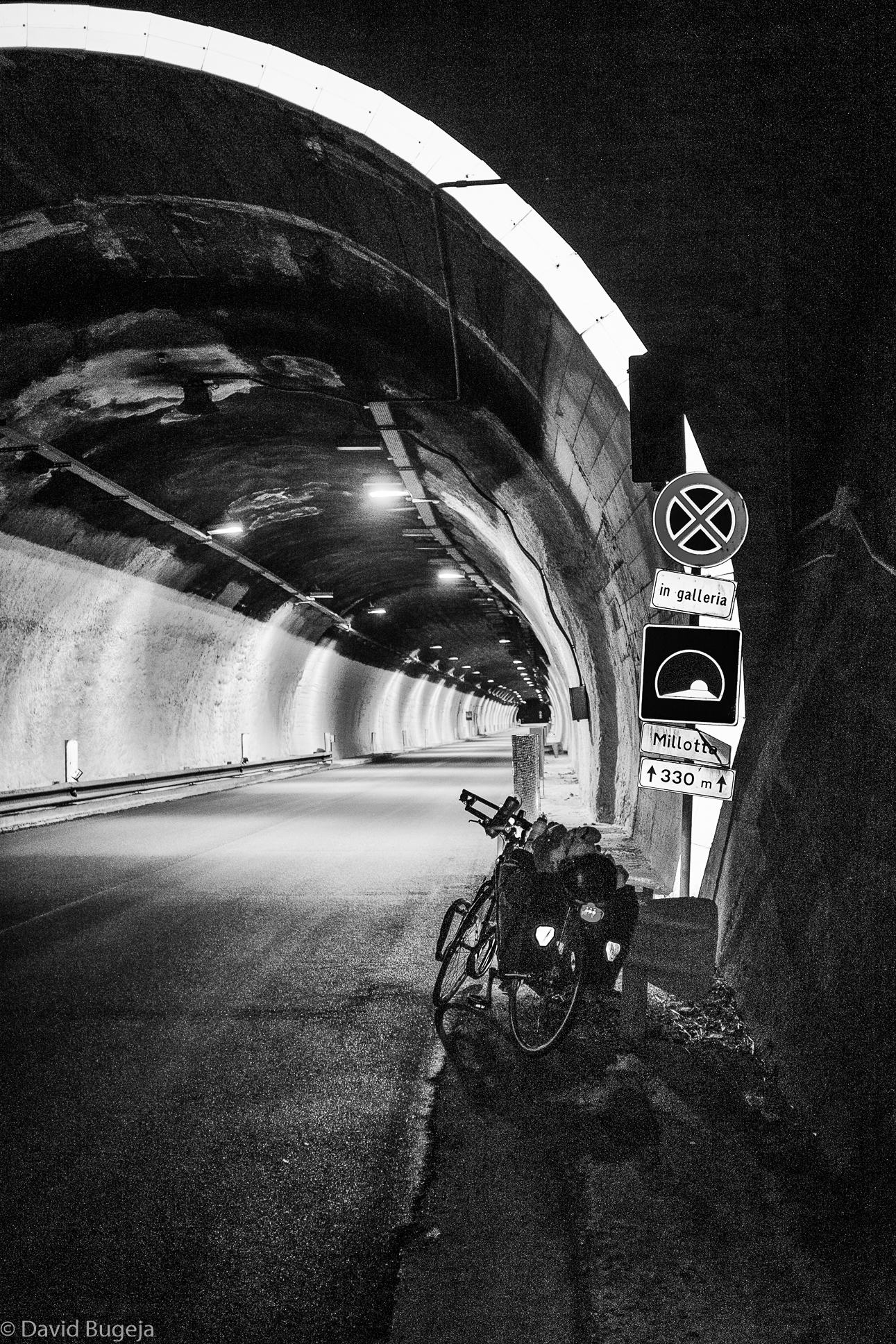 Staying awake was the hardest.

Harder than forcing myself to wake up in the middle of the night and cycle out into darkness.

Harder than groping through most of the day in a dazed, mushy cotton wool fog.

Too little sleep at night for weeks at a stretch and only a quick afternoon nap on the worst of days.

I wasn’t getting careless nor playing the idiot and not knowing how far I could risk moving on forward in this manner.

And I was well aware all of the time that a momentary drop in razor edge mental focus on blacked out roads, stretching out forever into the night, was all it would take to cut short my ten week solo bicycle journey from Pozzallo to Medjugorje and back.

Just mere seconds of blunted alertness and risk nipping a leg against a crash barrier, swerving into a roadside ditch, ramming my front wheel against the kerbside of a deserted three hundred metre length road tunnel at 3 a.m.

I had no choice but to tour only late in the evening and at night, always taking care to stop cycling by 8 a.m. to 9 a.m. at the latest.

I simply couldn’t risk getting stranded out there on the road after 9 a.m.

The torrid summer heat and soaring UV index levels meant I could no longer cycle the entire day through without seriously imperilling my health.

Clear from the outset that I’d have to overhaul my cycling regimen and spin around my normal daily cycling schedule by restricting daylight cycling to the barest possible minimum, choosing instead to forage out with my bicycle at night.

After skin cancer it’s either cycling with the sun down or not cycling at all when trekking through Southern Italy and Balkan Europe during the summer months.

And if teaching is what you do, then summer’s all you’ve got to really go the distance by bicycle. 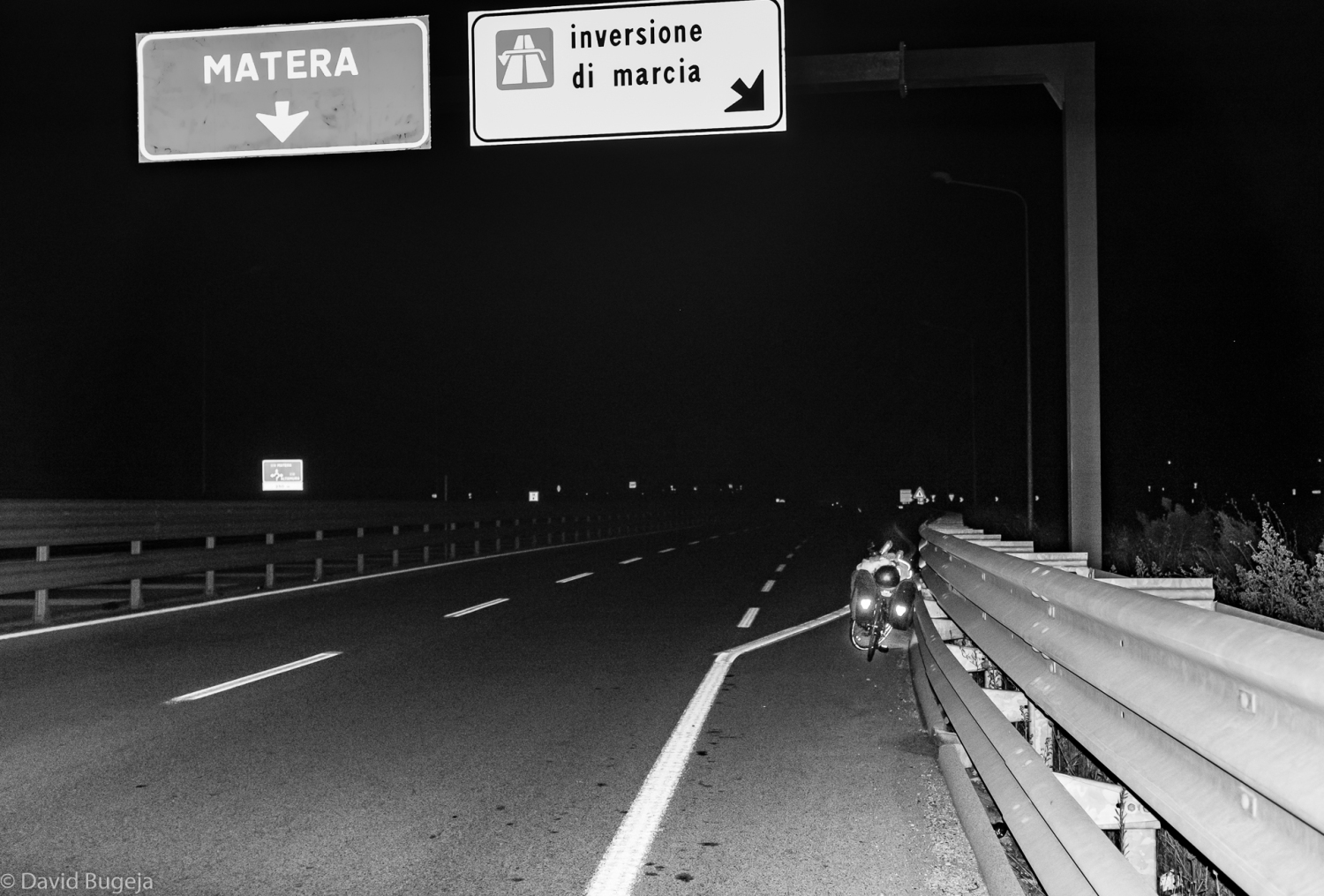 Touring the SS7 between Matera and Ferrandina at 2 a.m. David Bugeja (c) 2016

The journey sure was tough.

But nevertheless so enchanting, so unforgettable, so charged with its unique timbre of surreal beauty.

How could I ever hope to describe the emotional rush I got every time the street lights drifted away, trailing far behind me, and the road ahead pitch black except for the narrow swathe of lit up tarmac extending five or ten metres beyond my bicycle’s front wheel?

Switch off the high intensity LED bicycle lights and there I was all alone on the road in Italy – peat dark all around except for the silvery sheen of moonlight reflected off the tarmac. 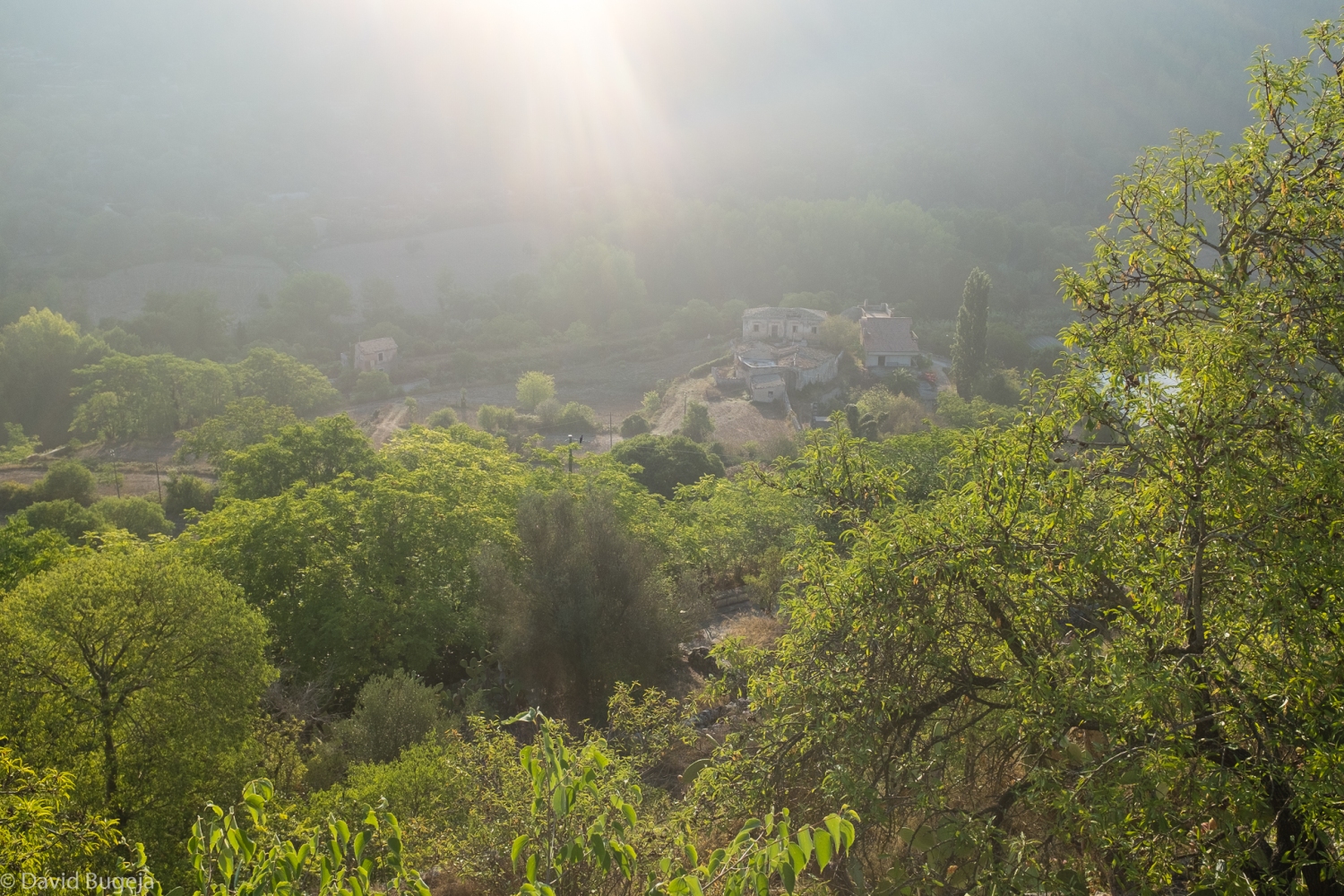 A solitary hedgehog standing guard at the roadside. Spines bristled. Alerting me to keep on cycling straight ahead in spite of mounting fatigue and faltering rhythm.

Biting, high altitude breeze, brisk and soothing on my skin.

Unearthly silence except for the sawing, grinding chirp of cicadas and the occasional rising hum of approaching motor traffic, suddenly overtaking and whizzing past far ahead into the distance. 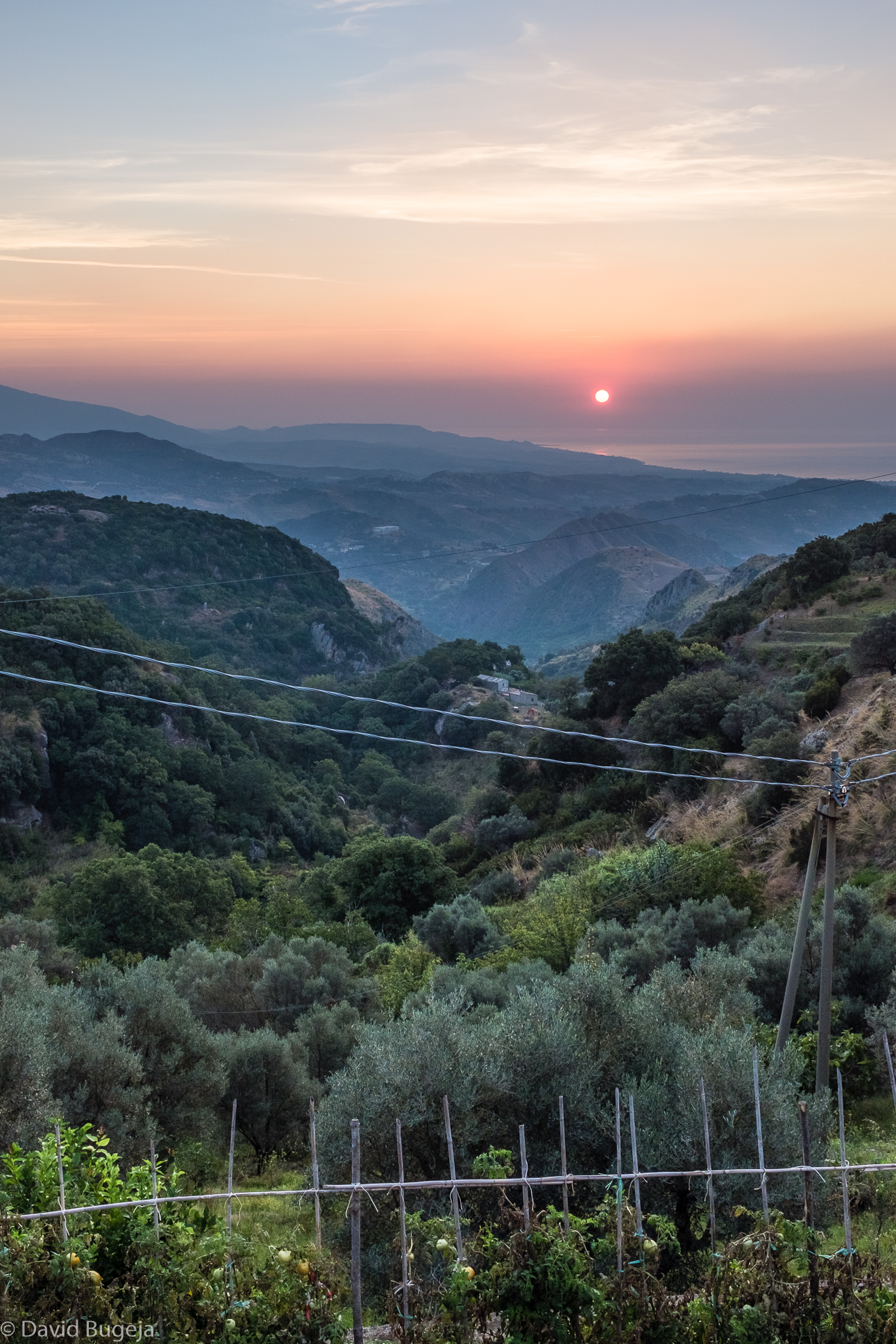 Blackness suddenly receding and the first glimmer of light uncloaking the undulating, sweeping contours of hills and valleys magically appearing all at once out of the darkness.

And always alone – no traffic, no cyclists, not even farm workers working the fields either side of the road.

Floating shrouds of mist steadily lifting off the valley floor, unveiling a lone, miniature brick red cottage alongside a mountain trail snaking its way up, up, up for several hundred of metres, right up to here where I’m cycling on the narrow, serpentine Strada Provinciale 1 tenuously linking the Tyrrhenian and Ionian coastlines together. 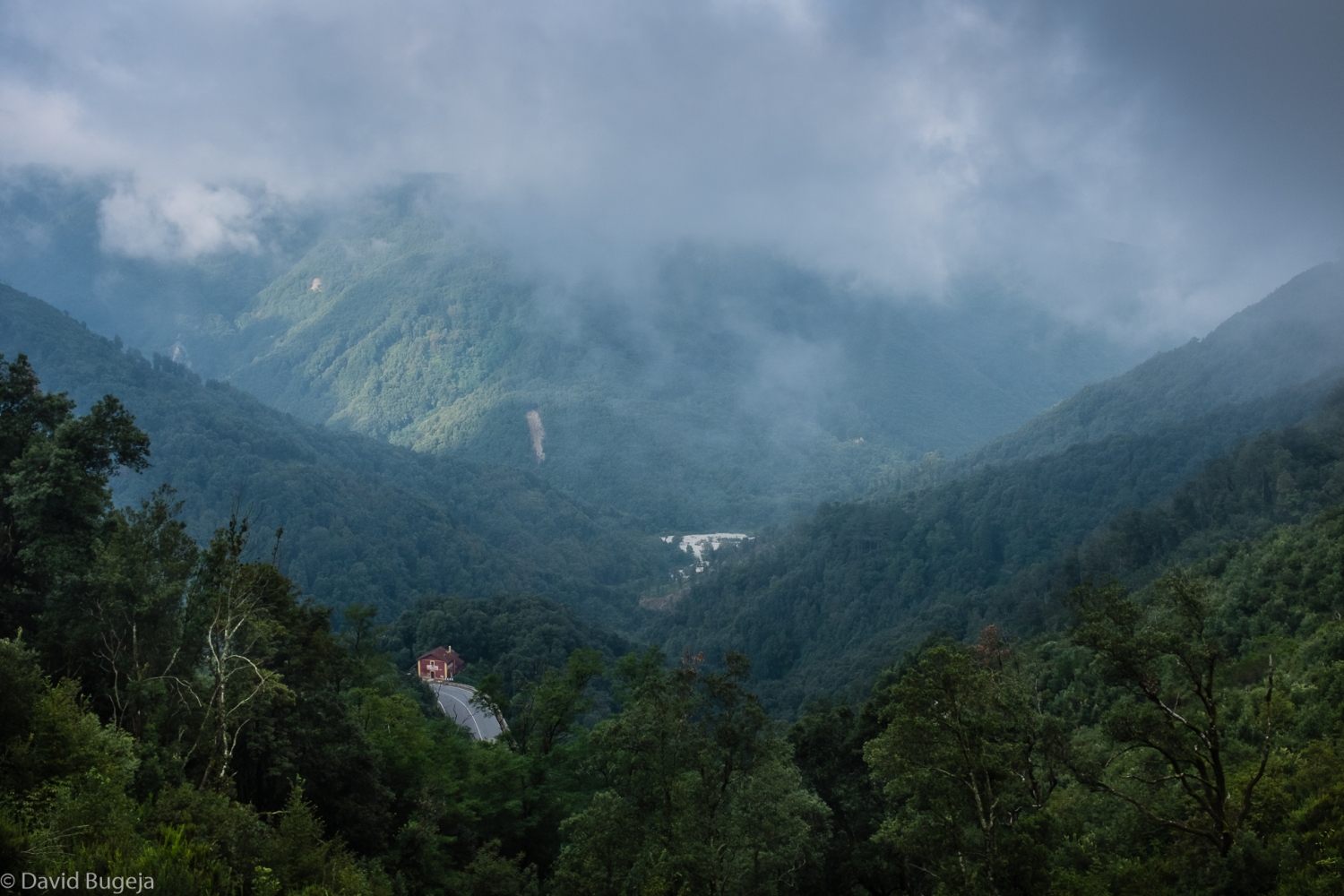 I cycled into Bari at 8 a.m. of a sweltering August day, twenty-four days after having set out from Valletta and disembarking at Pozzallo.

One thousand kilometres through night, dawn and twilight.

Exhausted most of the time.

But then there was the warm golden light of a new day .

Then, the kaleidoscopic palette of a purple sunset slipping away into darkness.

And everywhere all round black yet again.

Alternating cycle of light and darkness every time I set out on the road.

But still moving ever closer to my final destination.

There was light at the end of hard cancer’s grim black tunnel.

I just had to be willing to exert the effort and reach far out for my  dream of wandering the road solo as I had always done before brushing with cancer.